Anne served on the Conservative Women's Committee when the Elmet Constituency was formed back in 1974. She has been on the Executive of the Elmet and Rothwell Conservative Association since it was formed and held the role of Vice Chairman and Chairman on several occasions.

Anne served on the first Community Health Council for Leeds East when it was formed in 1974. Anne was also a school governor at Bramham School as an LEA representative for at least 20 years.

For 12 years Anne was one the Lay members of the Magistrates Appointment Panel for Leeds. 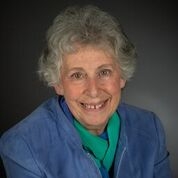