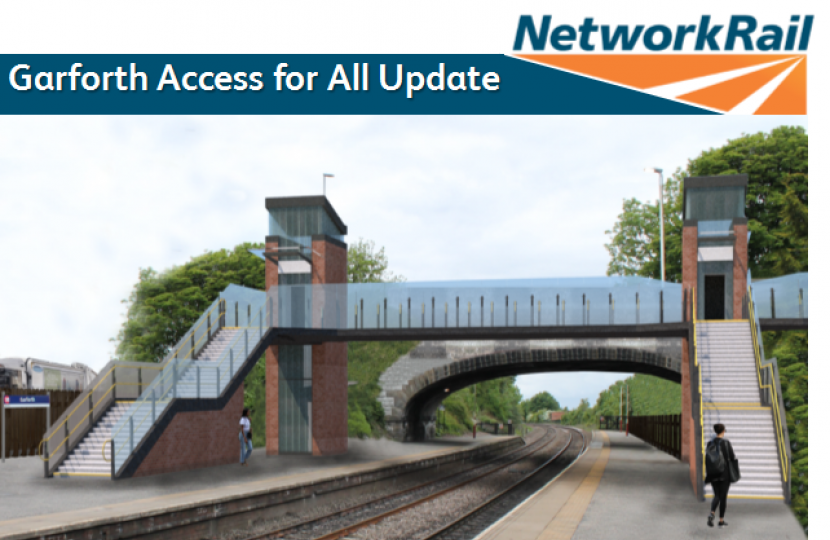 Local MP Alec Shelbrooke has welcomed the next and final stage of getting new step-free access at Garforth Railway Station.

Alec said: "Since I secured funded in 2014, I've been banging on doors to get construction started and I’m pleased to say that a planning application has now been lodged with Leeds City Council, seeking planning consent for construction to begin".

The campaign for step-free access began in 2007 when disabled passengers and parents with pushchairs complained that they were unable to access the York-bound platform. Alec took up the campaign and when elected as Member of Parliament in 2010, progressed the issue with Ministers.