Alec welcomes Sweden and Finland's application to the NATO alliance 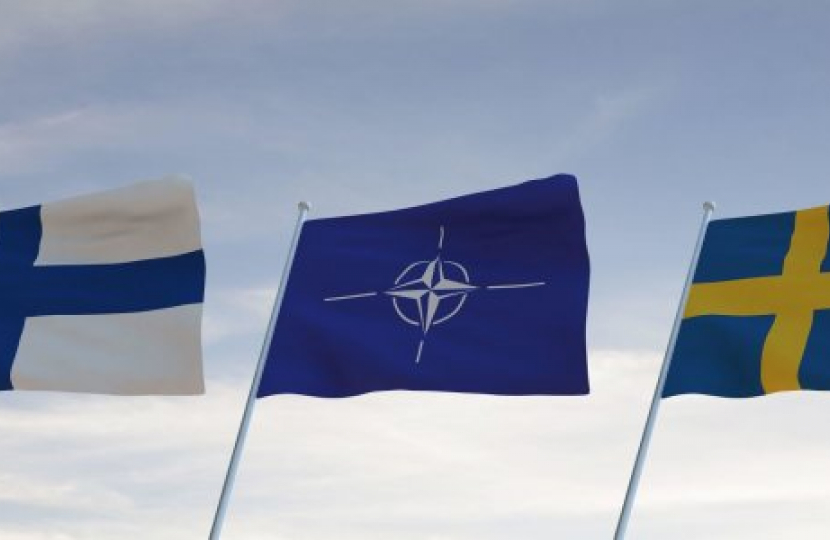 Our local Member of Parliament, Alec Shelbrooke, has welcomed Sweden and Finland's recent application to the NATO alliance.

In the context of Russia's illegal invasion of Ukraine, both nations have decided to apply to join the defensive alliance to the mutual benefit of all NATO members.

As the Leader of the UK's Delegation to the NATO Parliamentary Assembly, Alec has worked closely with our Ukrainian allies in their defence of their homeland, and with Swedish and Finnish representatives in their efforts to join the alliance.

Writing in The House, Alec said, "Sweden and Finland’s application to join Nato has far wider reaching effects than simply the military capability that the two countries would bring to the alliance. Finland’s standing army of over 280,000 troops, 700,000 reservists, order of over 60 F35s and its integrated command and control practices which have been developed in partnership with Nato ensure that the country is more than capable of mounting effective defensive strategies. Equally, Sweden’s naval capabilities will help to secure the Baltic Sea against Russian aggression. By joining Nato’s nuclear alliance, with a first strike policy, Sweden and Finland strengthen Nato’s military counterbalance against Russian threats."