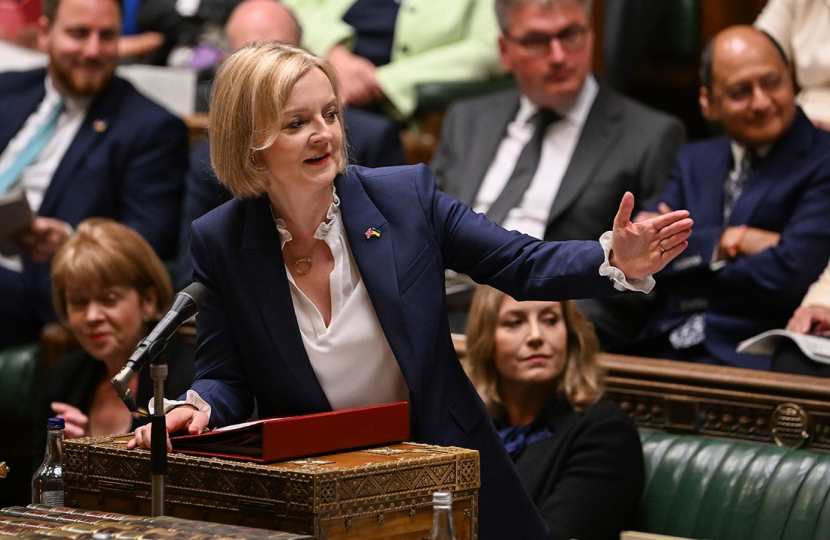 Alec has welcomed Prime Minister Liz Truss's announcement of further support for households in Elmet & Rothwell in the face of the increasing cost of energy as a result of Putin's war in Ukraine.

Prior to today's announcement, Ofgem's price cap was due to rise to £3,549 in October, with further projections suggesting an increase to over £5000 early next year. Now, from 1st October, the new 'Energy Price Guarantee' will mean that energy bills will be limited to £2,500 per year over the next two years for the average household, in addition to household energy grants between £400 and £1200 for every household in Elmet and Rothwell.

The global rise in the cost of energy is a direct result of Putin's abhorrent war in Europe. The UK Government can't solve all of these problems alone, but we can mitigate the impact on households in the UK - and that is what the Prime Minister has done on Day 1 of taking office.

This new limit means that an average household will see a saving of £1000 from this October.

A new six-month scheme for businesses and non-domestic energy users will offer equivalent support, with a review after 3 months to consider whether this should be targeted to specific industries.

Finally, the Prime Minister has announced measures to deal with domestic energy security, making the UK less reliant on foreign energy supply by:

- Launching a new oil and gas licensing round as early as next week, expected to lead to over 100 new licences.
- Lifting the moratorium on shale gas production.
- Accelerating extraction of new oil and gas supplies in the North Sea.
- Continuing progress towards up to 24GW of nuclear energy by 2050.
- Reforming structure and regulation of the energy market following a new review of UK energy regulation.
- A new review to ensure that we are meeting our net zero by 2050 target in an economically efficient manner.

On Friday, the Chancellor, The Rt Hon.