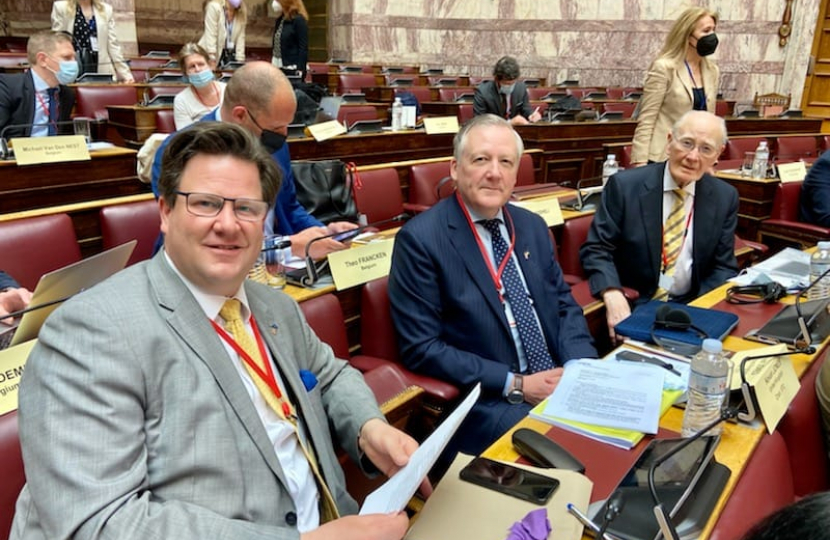 Alec led the UK's NATO delegation at a meeting in Athens this weekend [Saturday 9 April].

The military alliance met to discuss the ongoing war in Ukraine, including NATO's response and steps the alliance is taking to address the changing security environment.

As the NATO delegation met in Athens, Prime Minister Boris Johnson visited Kyiv in a show of solidarity with Ukraine's President Zelenskyy. Commenting on Boris Johnson's visit,  the Ukrainian president's office, said: "The UK is the leader in defence support for Ukraine. The leader in the anti-war coalition. The leader in sanctions against the Russian aggressor."

To cement the UK's support for Ukraine further, the Prime Minister has announced:

This support is on top of 10,000 anti-tank missiles, £400 million of humanitarian and economic aid we've committed to date, and sanctions against Putin's corrupt elite.

For more information on Alec's role as Leader of the UK Delegation to the NATO Assembly, click here.