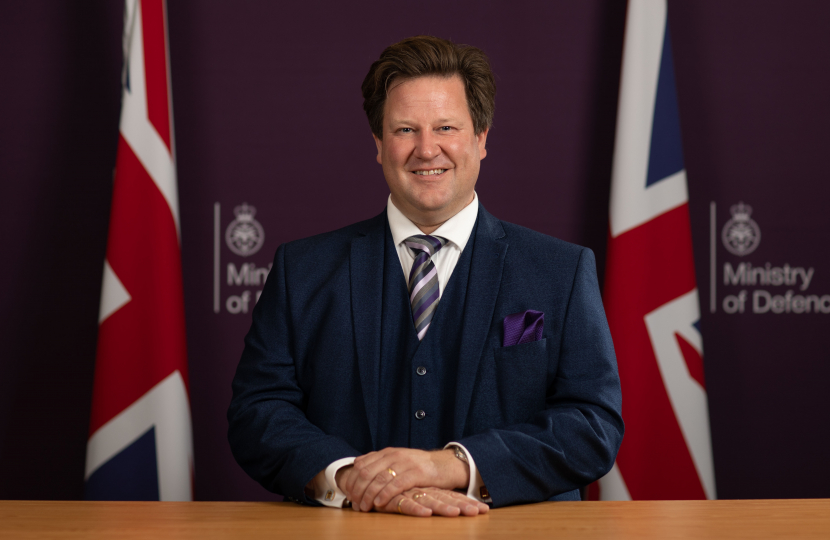 Alec lives in the heart of the constituency with his wife Susan and their two dogs, Boris and Maggie. Following six years as a Leeds City Councillor for the Harewood Ward, Alec described becoming the Member of Parliament for his home constituency as a huge honour.

The son of two teachers, Alec was born in 1976 and educated at his local Comprehensive School. He studied Mechanical Engineering at Brunel University where he graduated with honours in 1998. After graduation Alec relocated to Yorkshire and made his work and family life in Leeds. Living in Micklefield, Alec established a career in project management taking up a job with the University of Leeds. He also spent time as a kitchen and bathroom fitter when his work contracts dried up (Alec has fitted many kitchens and bathrooms around Elmet & Rothwell).

With nearly two decades of experience campaigning in Elmet & Rothwell, Alec knows not only what issues matter to local people, but has come to know nearly every road, avenue and cul-de-sac in the constituency by name. It is Alec’s promise to always put the interests of his constituents first.

Alec is usually in Westminster Monday to Thursday each week and holds a mixture of advice surgeries at home in Elmet & Rothwell on Fridays and Saturdays.

Alec continues to work hard to deliver his Six-Point Plan for Elmet & Rothwell, including a mission to make Elmet & Rothwell the UK’s first dementia-friendly constituency.

Alec has served as the President of the Palace of Westminster Lions and supports a number of charities in Elmet & Rothwell, including being Patron of the Growing Zone in Kippax. Alec secured a victory for a ten year campaign when he secured funding for a new disabled-access bridge at Garforth Railway Station.

Alec is a former Minister of State for Defence and was in charge of military procurement.

During his time in Parliament, Alec has also served as a Chairman of the All Party Parliamentary Group for Thalidomide and in conjunction with the Thalidomide Trust, Alec secured the extension of an £80m Thalidomide health grant to support the independent living of victims of the Thalidomide drug. In Parliament he has secured Adjournment Debates to raise matters associated with dementia care, welfare support and sentencing for drink-driving offences. He is a champion for workers’ rights and introduced the National Minimum Wage (Workplace Internships) Bill to the House of Commons, calling for the abolition of unpaid internships. Alec has led a series of debates on women's health, calling for further awareness of Endometriosis and better support for patients injured during pelvic mesh surgery.

Alec takes a keen interest in foreign affairs. After a period serving as a Parliamentary Private Secretary in the Foreign & Commonwealth Office between 2014 and 2015, the former Prime Minister, David Cameron, appointed Alec as a UK representative to the NATO Parliamentary Assembly in December 2015. Since then, Alec has concentrated on defence and security matters within the alliance and was appointed Leader of the UK Delegation in 2020, and served as Chairman of its Defence & Security Committee.

Alec has represented the United Kingdom at a number of Rose Roth seminars, bringing together NATO partner countries. He also took part in election monitoring in Georgia’s 2016 General Election.

Alec is a former Vice-Chairman (International) of the Conservative Party, a role which involved building relationships with international sister parties and working with the Westminster Foundation for Democracy to enhance democratic institutions and political party structures in the developing world.

Alec was first elected as the Member of Parliament for Elmet & Rothwell in May 2010, winning the seat from the Labour Party. At the 2015 General Election, Alec was re-elected and nearly doubled his majority, securing the second biggest Conservative majority in West Yorkshire. In the snap General Election of June 2017, Alec increased his majority once again taking almost 55% of votes cast. The 2019 General Election saw Alec achieve a record result in the history of the constituency, securing a majority of 17,353 votes over his nearest opponent (57.9% of total votes cast) and winning the largest share of votes in every town and village across Elmet & Rothwell.

In September 2019, HM Queen Elizabeth II approved that Alec be sworn of Her Majesty’s most Honourable Privy Council, a formal body of advisers to the Monarch.

Alec is a Formula 1 enthusiast and is a former Deputy Chairman of the All Party Parliamentary Group for Formula 1, so he enjoys spending a few hours watching the Grand Prix on a Sunday.

Fridays and Saturdays are usually spent holding individual Advice Surgeries and Supermarket Surgeries around the constituency, but in his spare time Alec enjoys Football, Cricket and Baseball.